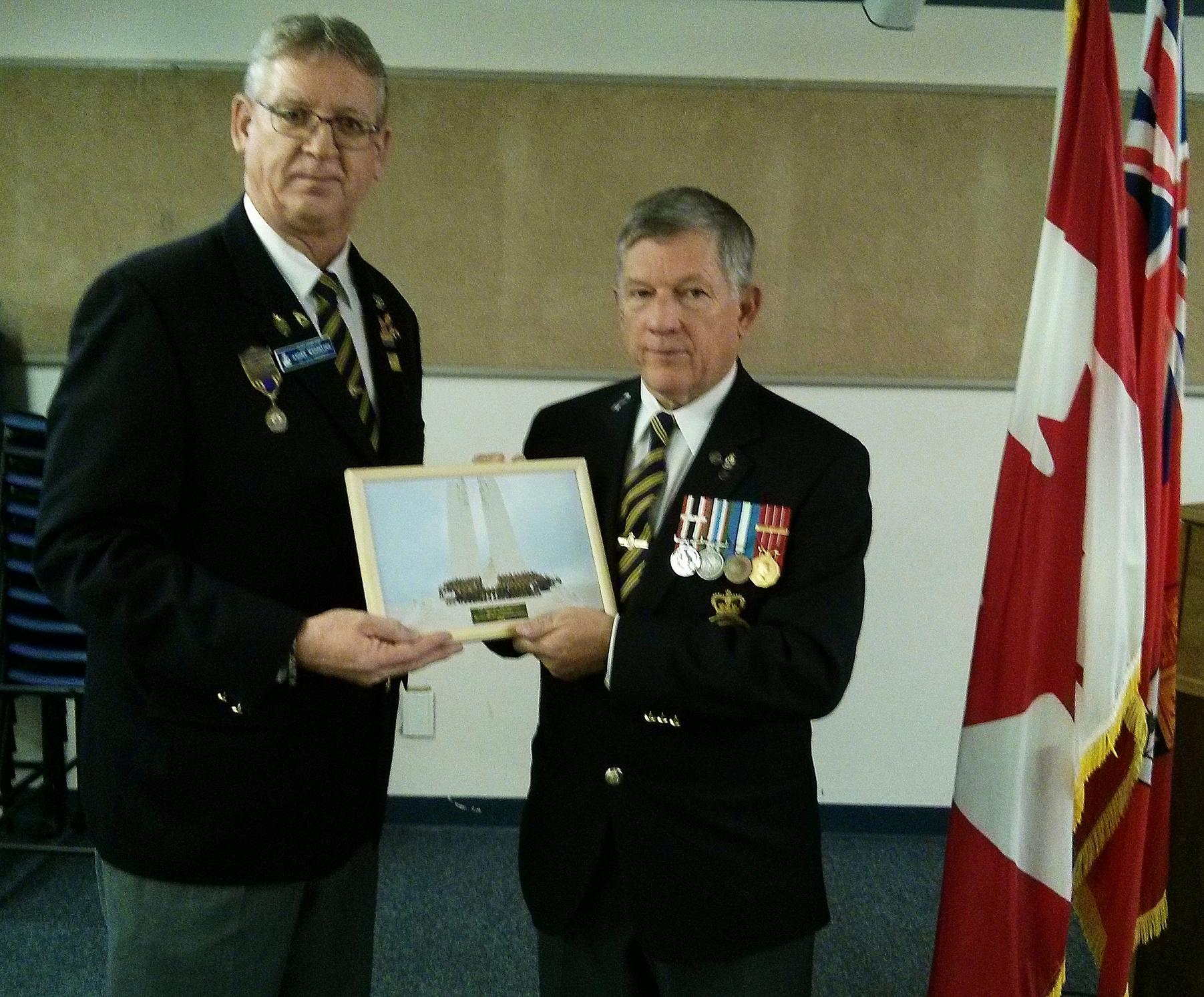 Branch 88 1st Vice President Andre Wesseling presents a photo to President Mike Ward at the October General Meeting. The photo of the Nijmegen March Canadian contingent was taken at the Vimy Memorial in France where Comrade Wesseling laid a wreath representing the Royal Canadian Legion. Andre was one of two Legion members selected from across Canada to participate in the Nijmegen March this year. 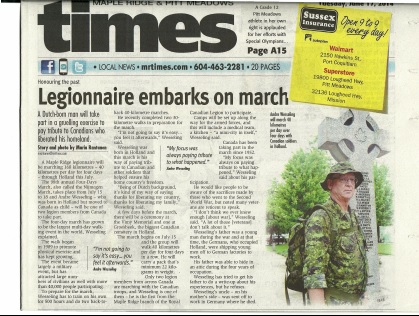 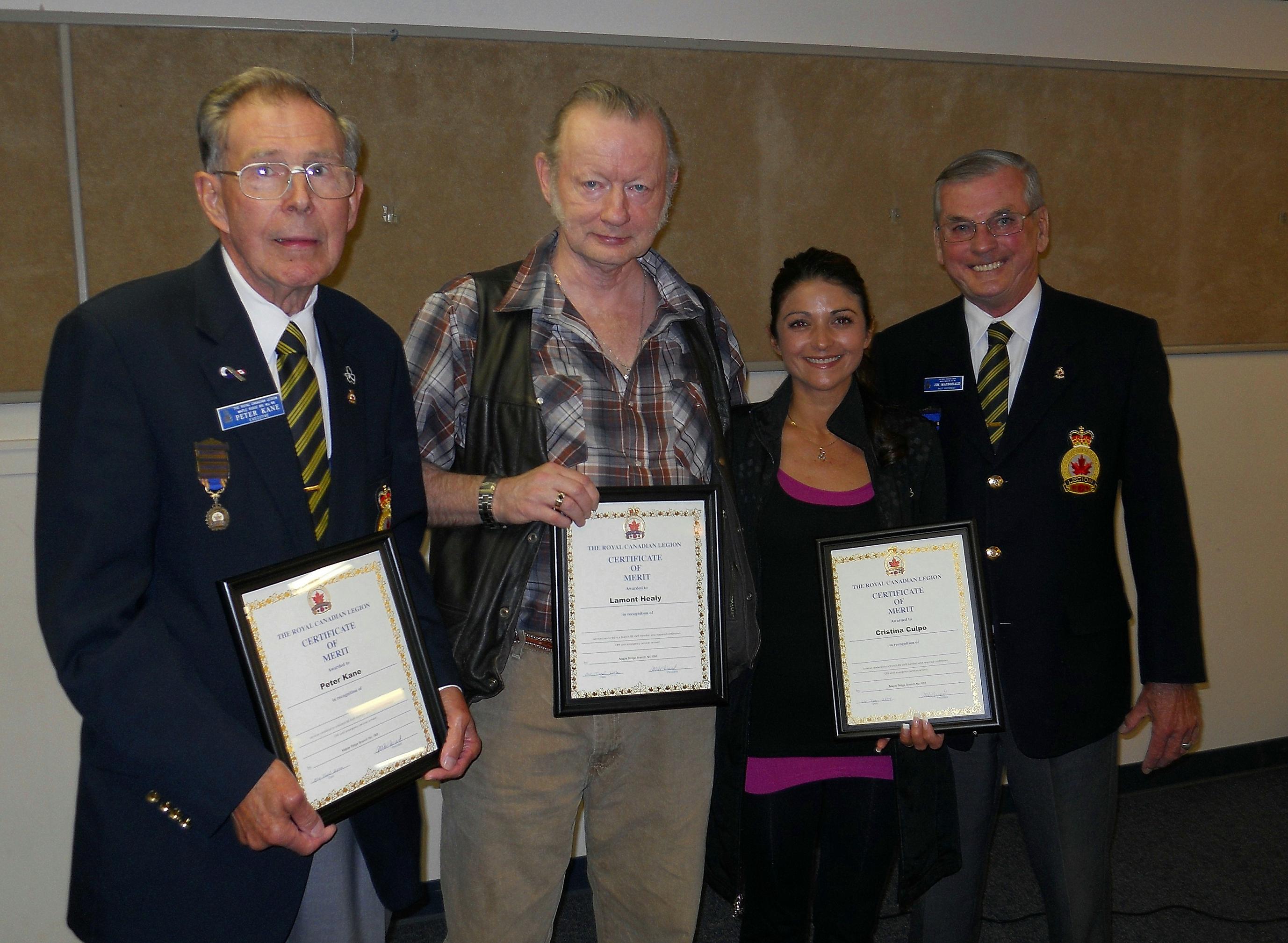 Peter Kane, Lamont Healy and Cristina Culpo each received the Royal Canadian Legion Certificate of Merit from Past President Jim MacDonald. This honours their outstanding efforts in providing continuous life-saving CPR to a staff member until Emergency Services arrived. Not shown in the photo is the fourth recipient, Phillis Douglas. 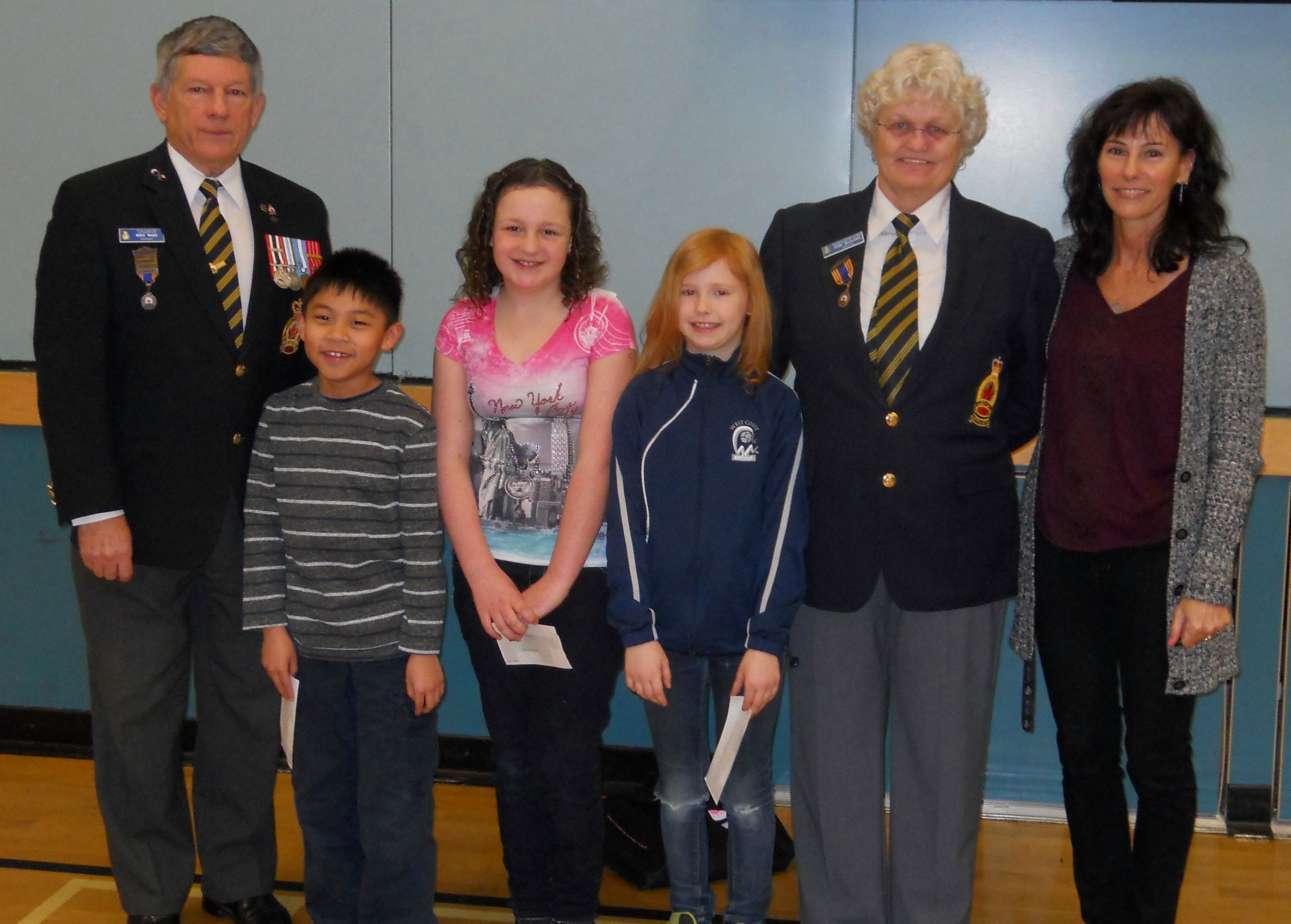