2021 promises to be another exciting year for the number of members in our branch. We anticipate further growth to maintain our status as one of the largest Legions in Canada. Dues are $55.

Contrary to popular belief, a military background is not the sole prerequisite for membership. The affiliate non-voting category allows any Canadian citizen to apply for Legion membership. Application forms are available at the office or in the lounge. The following is a breakdown of membership categories:

Any questions please call our Office 604-463-5101 our Staff will be happy to answer all your questions. 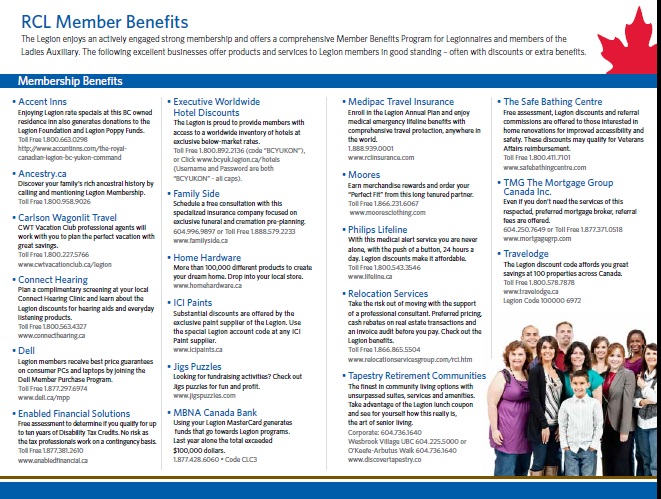